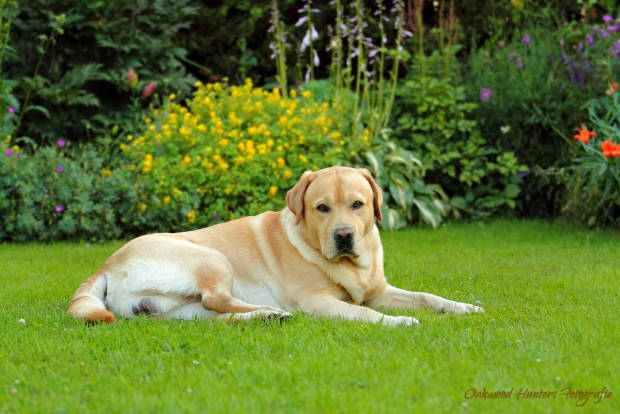 Our „Eyecatcher“ is living up to his name.

I have recently seen an ad in the newspaper once again that reads like:

At this point, I want to take the opportunity to explain to the highly appreciated visitors of my webpage, that such and similar colors are not existing for the breed Labrador Retriever.

There are only three colors according to FCI-Standard 122:

Thus a black Labrador Retriever can be pitch-black or muffled-black as well and if necessary with a slight reddish glow. This reddish glow is caused by a reddish-brown tint of the undercoat. The pigmentation of a black Labrador’s lips, eyelids and nose is always black. 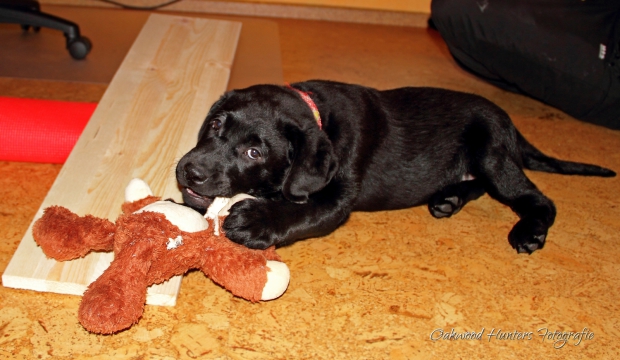 For yellow Labrador Retrievers the coat may be light cream to red fox. It is never colored evenly, but there is a significantly darker tint on the muzzle, the back, the ears and the hocks. The nose can be black, black-brown (darker in summer and lighter in winter) or liver/brown („Dudley“) depending on the genotype. 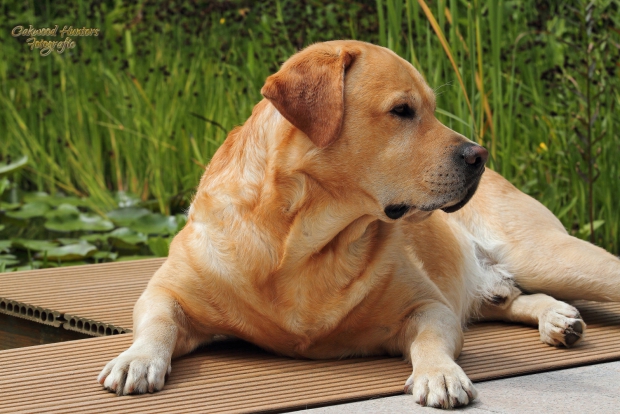 The coat color of a brown Labrador Retriever ranges from medium brown to dark brown.
Its undercoat is brown. It is possible that the brown Labrador lightens partially during the change of coat. The pigment is also brown. 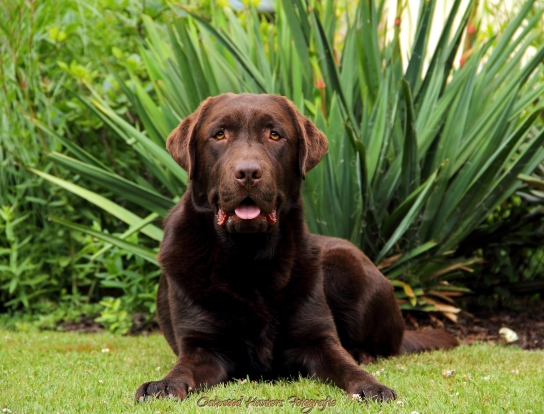 But besides coat color the other characteristics of a Labrador Retriever’s typical behaviour and character have to be kept in mind (as described in FCI-Standard No. 122).
When buying a Labrador, one shall pay attention that the dog has papers issued by a breed club associated with the VDH (Verband für das Deutsche Hundewesen e.V. / German Kennel Club). Only if a pure-bred Labrador is bought from a qualified breeder that is member of such a breed club, one can be sure to get a Labrador that has the appearance as well as the character that is described in the breed standard (more under „The Labrador„).

So there are no pure-bred Labrador Retrievers in the the colors:

Dogs with such exotic color names often have direct ancestors of a different breed, e. g. a silvery shimmering Labrador may be partially derived from a Weimaraner that also passed on his breed typical core characteristics to the little „Labrador“.
These mongrels often completely mix up people’s perception about appearance and character of a pure-bred Labrador. Once a destructive event happens and the supposed Labrador attracts negative attention because of untypical manner, the whole breed „Labrador Retriever“ is quickly confronted with undeserved criticism.

Nevertheless, I want to point out that each mongrel can also have good qualities and be very adorable for sure.

However, I am strongly against such offers fooling people, who want to buy a Labrador, by proclaiming cross-breeds as „Labrador Retrievers with a new tint“. 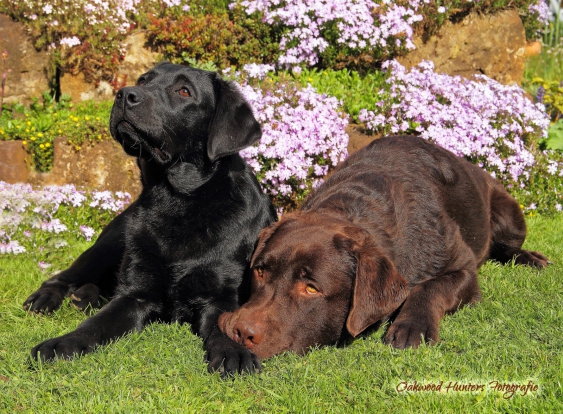 Black young female dog and her playfellow, a chocolate-brown Labrador

I remember a day at puppy school two years ago:

One participant parked his car next to ours at the meeting point and took out his puppy.

I wanted to be friendly and greeted that man. Thereby I mentioned casually:
“Oh, a small Weimaraner!“

The man looked at me baffled for a moment and then proudly corrected me:
„No, this is a silvery Labrador!“

Now it was my turn to look surprised and he went on saying:
„His mother is a labrador and this is a new color.“
I did not want to snub or lecture him, therefore I left it at that.

During the next three months of training it became apparent that the small silvery dog with the slate blue eyes was often to anxious, otherwise overcautious and very very clinging. The man often looked at my little Benny who was so brave, independent and cheerful and did not understand that both Labradors greatly differ from each other regarding character as well as anatomically. As time went by the differences between both became more and more distinct. 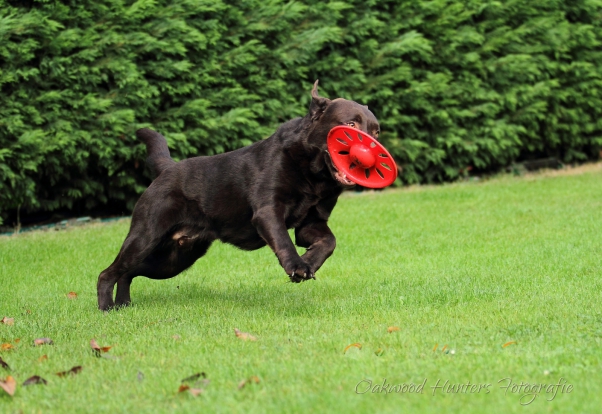 The Labrador Club Germany (LCD e.V.) and the German Retriever Club (DRC e.V.) conduct character trials for Labrador Retrievers with a FCI-Pedigree to validate the compliance of bred dogs with the aforementioned FCI Standard No. 122. A passed character trial and X-ray analysis for hip joints and elbows with results in a breeding relevant range are two necessary preconditions for the following conformation examination. (Judgement of appearance, teeth, bones, coat, gait, size and others…)
When a Labrador meets all criterias and there are no further aspects or flaws, which would exclude a breeding, and the club member also qualified as a breeder, then the breeding permission may be requested for that Labrador.

„1. […] Purpose is the pure breeding of the breed Labrador Retriever according to the at the F.C.I. filed (valid) Standard No. 122. Hence the club promotes all efforts that serve the fulfillment of this purpose. The foundation is thereby the preservation and the consolidation of the pedigree dog with its breed purity, its character, its constitution, its hunting usability and its perfectly shaped appearance.“

Thus it is ensured that only healthy and breed-typical Labrador Retrievers pass on their wonderful labrador-typical characteristics to their children and grandchildren. To the joy of everyone who loves that outstanding breed and wants to preserve it. 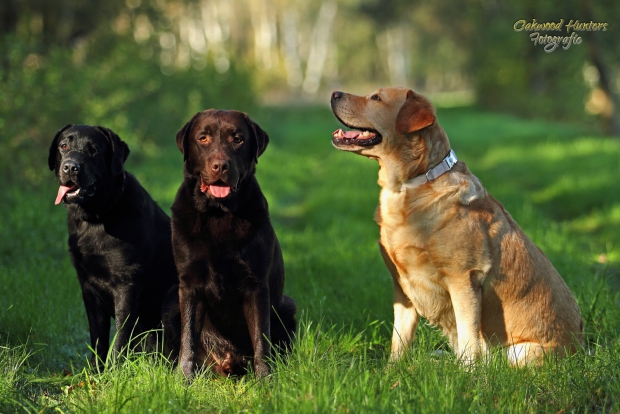 Our „THREE colors“ while walking in the woods 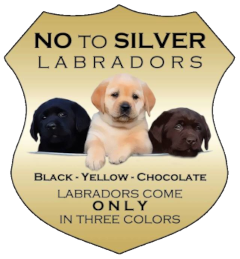